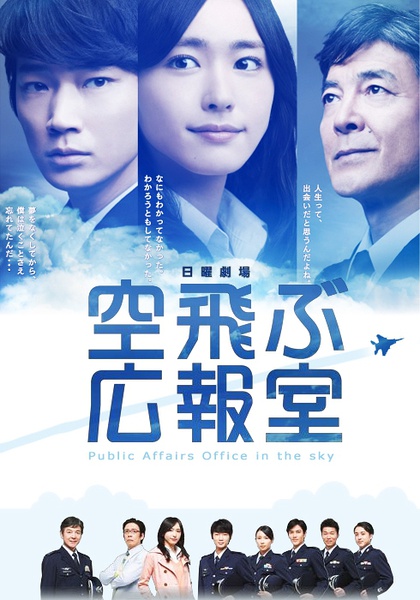 Summary : Inaba Rika, whose childhood dream was to become a news reporter, is instead a director for an informative TV program. At one point, she was a reporter; however, her career was cut short after her ambitious habits for obtaining and reporting news provoked too many people. Sorai Daisuke is a former fighter pilot, who was so~ close to achieving his dream of being a pilot for the flying squadron, “Blue Impulse. Unfortunately, his involvement in an accident causes him to be reassigned to the public relations office. This is the story about how two people who have to deal with having their dreams crushed.