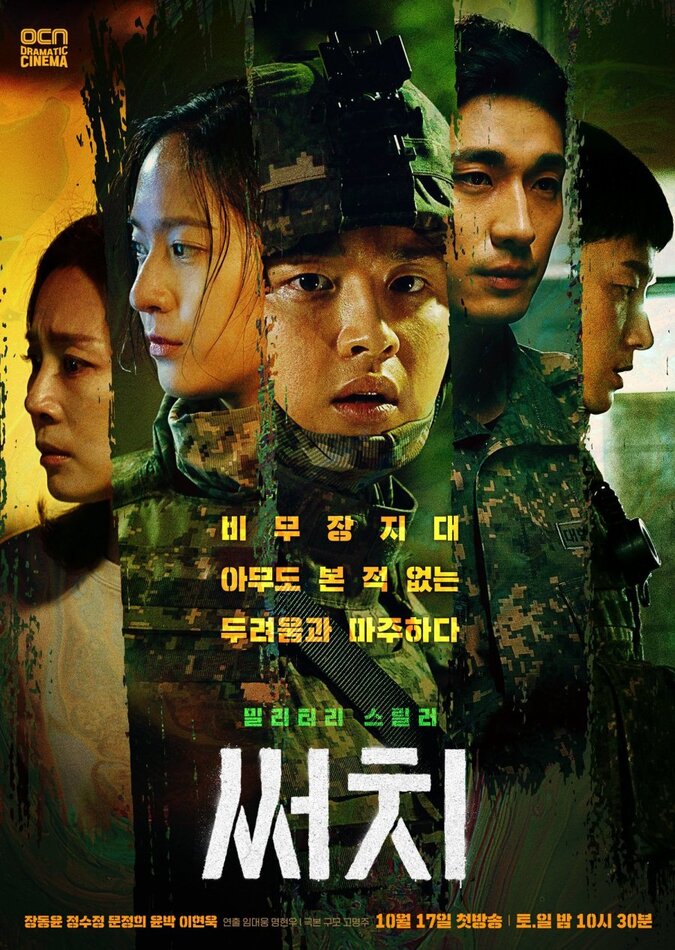 Summary : Yong Dong Jin is a conscript sergeant in the South Korean armed forces. He is also the military’s leading sniffer dog handler and is just one month away from receiving his long-awaited discharge. But with just weeks to go until he can rejoin the civilian world, a mysterious case threatens to suck him into a long, troublesome intrigue. In the demilitarized zone (DMZ), the area between North and South Korea, a suspected murder in bizarre circumstances piques the army’s attention. The army leaders decide to form an elite search party to scour the DMZ for clues, enlisting Yong Dong Jin and his keen-nosed dogs. Also joining the team will be Son Ye Rim, a relatively green but highly promising soldier who received much of her training in the United States. However, as the party begins to investigate, its members quickly begin to realize that whatever it is they are hunting does not appear to be human…