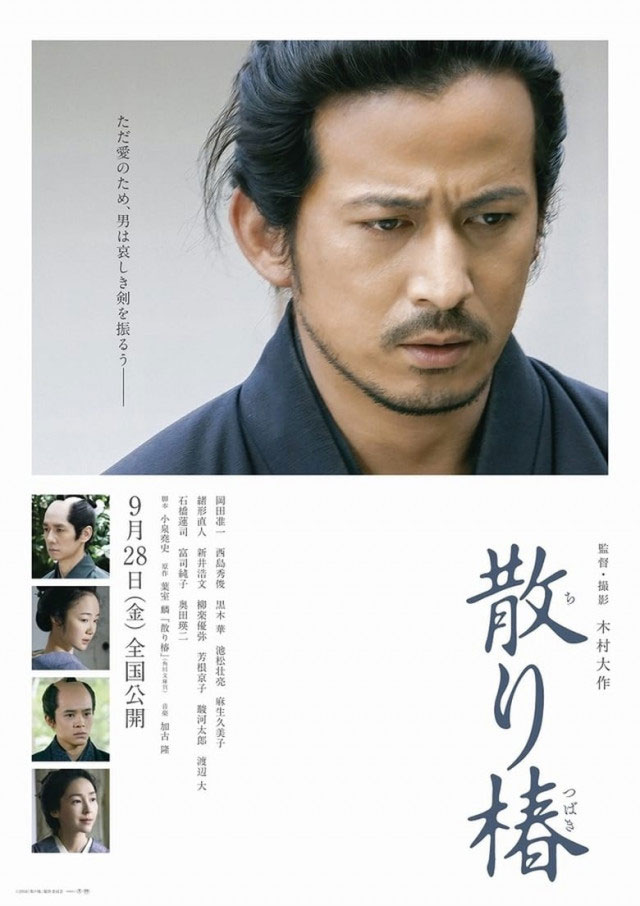 Summary : Uryu Shinbei appeals his boss’s corruption and his appeal is denied. He is kicked out from the han. Shortly afterwards, his wife Shino collapses from a disease and dies. Right before her death, she tells Uryu Shinbei, “I hope you go back to the han and help Uneme Sakakibara.” Uryu Shinbei and Sakakibara Uneme were friends, but they became rivals to gain Shino’s affection. Sakakibara Uneme is also related to Uryu Shinbei’s exile. ~~ Based on the novel “Chiri Tsubaki” by Rin Hamuro.