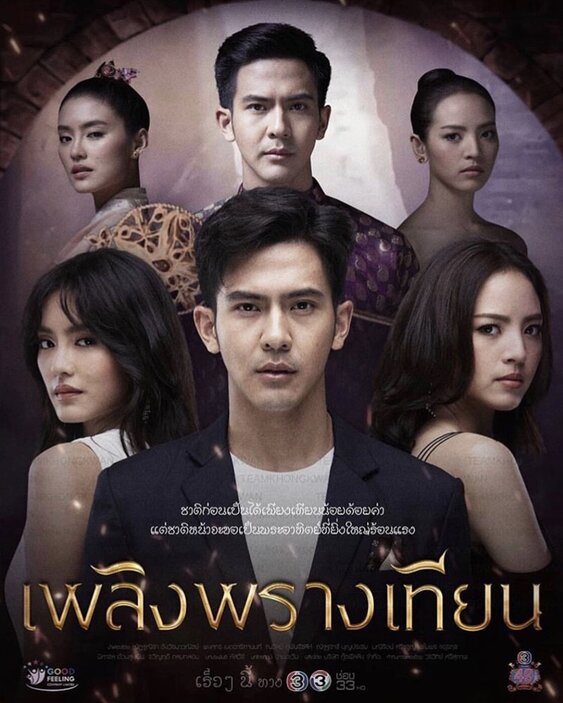 Summary : A fantasy drama of a love triangle that happened in the past life. Kalin, a famous model, is in a scandalous controversy because she is with a married man but she doesn’t care about it, since he told her that he is going to get a divorce. One day, she found an ancient golden hairpin that made her dream of Tiankhum, a woman who has the same face as her. She saw all of Tiankhum’s life and felt angry for her. The hairpin shows its power by bringing her soul to Tiankhum’s body. Tiankhum, a naive girl, was adopted by Nhankhum, the hunter of the vassal prince. One day, she was attacked by a tiger and Taywarit, son of the vassal prince, said that he would help her. That made Tiankhum feel grateful and respectful towards him. Finally, she became his mistress. Wongduen, who is Taywarit’s wife, is so angry. Tiankhum tragically dies and vows to be strong and fierce in the next life, so she can get revenge on everyone who treated her badly. After history repeats itself, Kalin decides to go back to the past and change it.