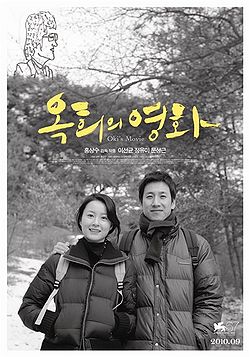 Summary : Centers around Oki, a college student majoring in filmmaking, and her upcoming film project.

It is comprised of 4 short films: A DAY FOR INCANTATION, KING OF KISSES, AFTER THE SNOWSTORM and OKI’S MOVIE.

Three main characters appear in all of the four shorts, having different but overlapping roles in each of them.

The last one, OKI’S MOVIE, is a story of a film student Oki who made a film about two men she has dated; one young and the other much older. In her film, she makes a cinematographic construction of her experiences of coming to Acha Mountain with each man with a year apart