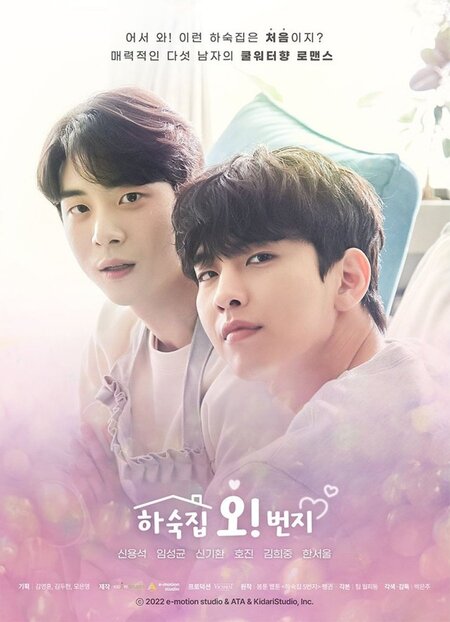 Summary : Sul Won is an out-of-work young man whose mother runs a low-cost boarding house for students and men who don’t have enough money to buy or rent an apartment on their own. But when his mother suddenly goes on vacation, she leaves Sul Won in charge of the boarding house – becoming the de facto live-in landlord. The residents of the boarding house are a mixed bunch. They include a high school senior, who also happens to be Sul Won’s cousin. There is also Sul Won’s former college friend, as well as Kim Chun Seo, a high school teacher. Rounding out the number is a third-year university student who dreams of becoming a writer. As the young men spend more time together, a close bond of friendship begins to form in the house. But when Sul Won discovers that some of the tenants have begun to develop a crush on him, Cupid could well come calling!