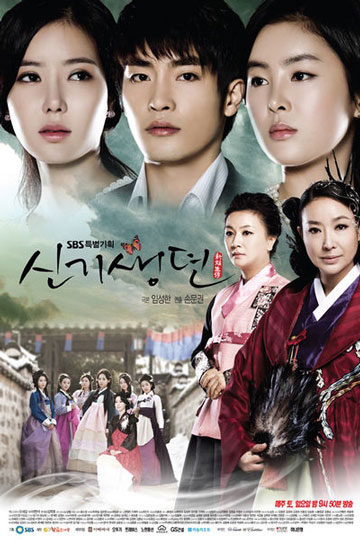 Summary : New Tales of Gisaeng depicts the love, sadness and pain of people surrounding a gisaeng house, where only VIPs can enter.
Dan Sa Ran majored in classical dance while attending college. Her mother died when she was still young and her father remarried, bringing with him a new stepsister and a materialistic stepmother whom she has trouble warming up to. Sa Ran comes from a poor family, but she maintains her dignity around friends who come from rich families. Either fate or coincidence brings her together with Da Mo, to whom she feels an instant attraction, but her awareness of her poor background restrains her from voicing it. A head gisaeng at Buyongkak observes Sa Ran’s natural beauty and grace as well as dancing talent, and recommends her to become a gisaeng.
Ah Da Mo takes business administration training at his father’s company. He does not get along with his father, who is indifferent towards his family and only shows affection towards their pet dog. Da Mo is cocky and tends to look down on women, but begins to question his attitude when he meets Sa Ran by chance. He finds himself involuntarily drawn to her, and their relationship begins.

Note : Filesize is bigger than normal for 2 reason. duration of each episode is ~65 min and old dramas tend to have more size i can’t do anything about it other than encoding it in lower resolution and lower CRF (lower quality) in this case since it was requested in 720p i didn’t do lower resolution. Original torrent i downloaded was 48.3 gb and the end result of my encode is 28gb.