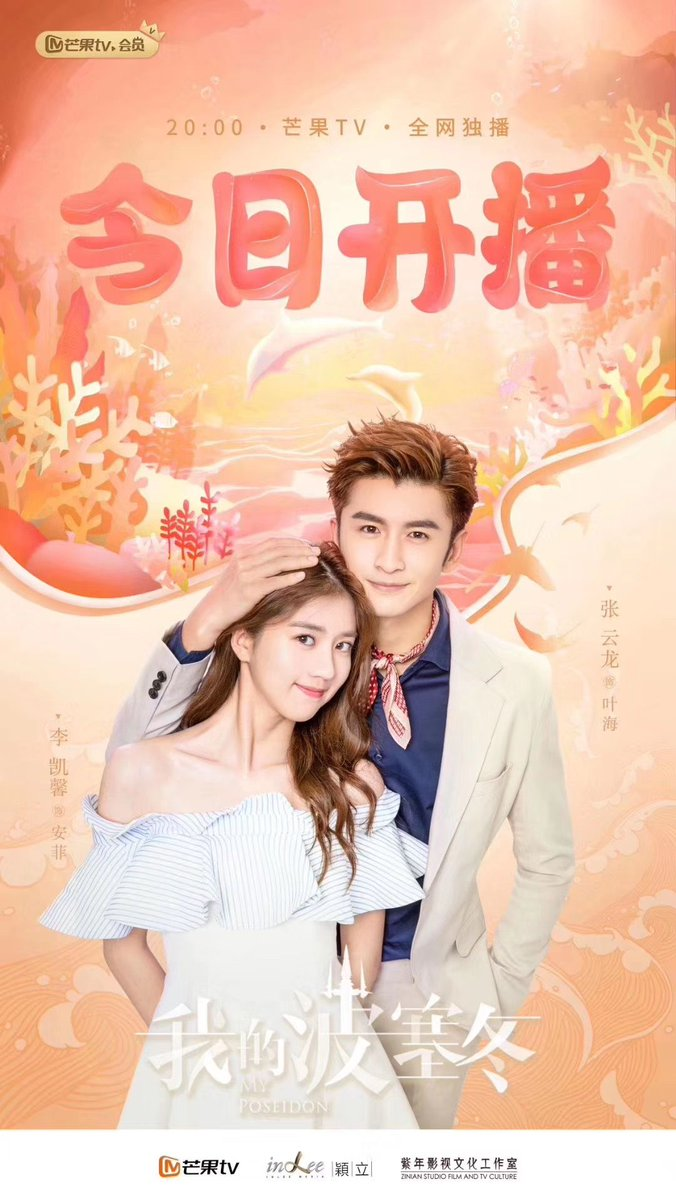 Summary : A story revolving around a sunny youth and a marine biology student as they work together to protect the ocean.
An Fei is a scholar who harbors a crush on a young and accomplished scientist named Mo Liang. She dreams of becoming a top researcher in the country in order to protect the ocean. One day, she encounters Ye Hai, a young man who seems to bring her bad luck. Ye Hai not only opposed the project that An Fei has been working on but he also makes up stories about her by claiming that she’s his wife. Finding Ye Hai arrogant and weird, An Fei tries to avoid him at all costs until she realizes that he may have been right along. As she gets to know him, memories of a past relationship begin to surface just like the legendary story of Poseidon and Amphitrite.