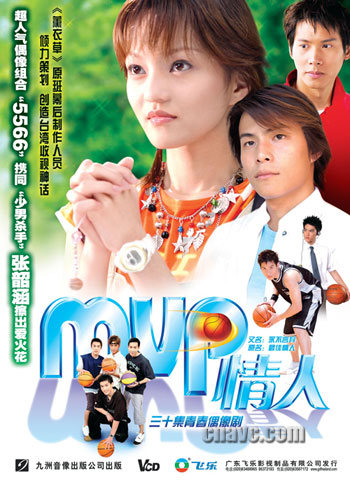 Summary : In this drama based on basketball (and somewhat on the anime Slam Dunk), a Taiwanese national team basketballer, Yan Xing Shu plays the lead Duan Chen Feng, whose world consists of his 2 greatest loves: basketball and his girlfriend, Xiao Xi (Angela Zhang). They find their perfect world shattered, however, when on the day of his most important match, Duan Chen Feng has an accident on his way to the competition, and paralyses Angel (Margaret Lin), who just happens to be the sister of Iceman (David Chen), his biggest opponent since they were young. To shoulder his responsibilty, Chen Feng leaves school and his basketball so that he can take care of Angel. Xiaoxi, who does not know the reason behind Chen Feng’s leaving school and giving up his beloved basketball, is heartbroken and bewildered. At about the same time, the other lead male character Tai Zi, or Prince (Tony Sun of 5566), enters the plot. He falls in love with Xiao Xi’s plucky and determined character.chen feng’s gentleness to angel causes angel to have feelings for him….how complicated can this love triangle be?