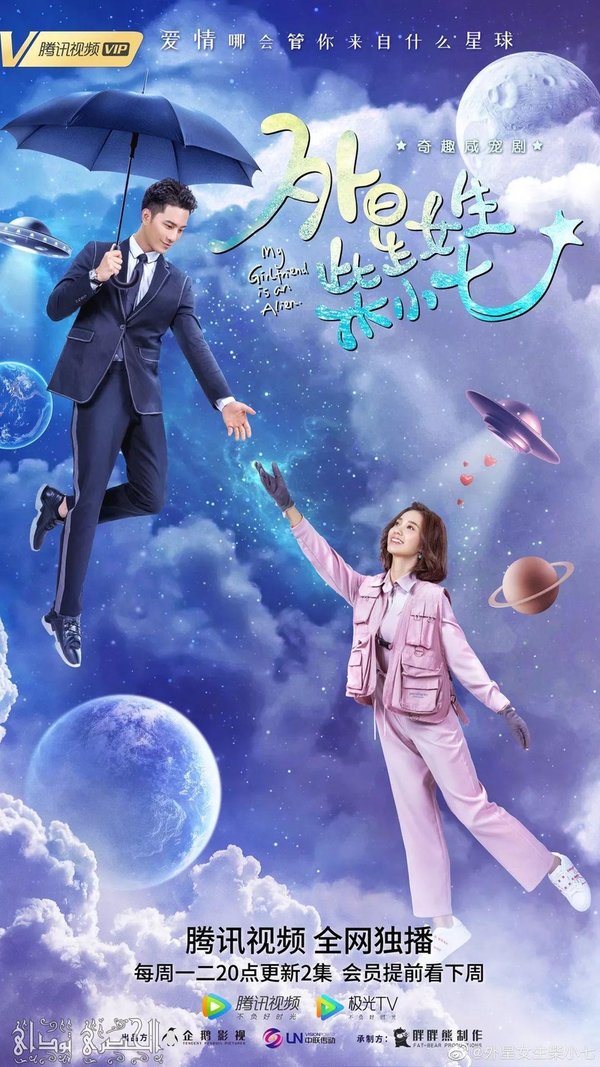 Summary : An intergalactic romance follows an alien girl stuck on planet Earth. She crosses paths with an overbearing CEO who forgets the opposite Gender whenever it rains.

Hailing from planet Cape Town, Chai Xiao Qi finds herself held up on Earth after accidentally losing a homing device. She is not just an ordinary alien, but a coquettish master at chasing guys. One she inhales men’s hormones, it becomes a drug that releases her deepest inhibitions and puts her in the state of mind of a total fangirl. In order to survive among the humans, Chai Xiao Qi relies on her supernatural abilities to get out of trouble time and again.
Meanwhile, Fang Leng is an overbearing CEO who suffers from heterosexual amnesia whenever it rains which causes him to forget the women around him on rainy days. These unusual circumstances between Chai Xiao Qi and Fang Leng ultimately lead to a romance that is full of laughs.