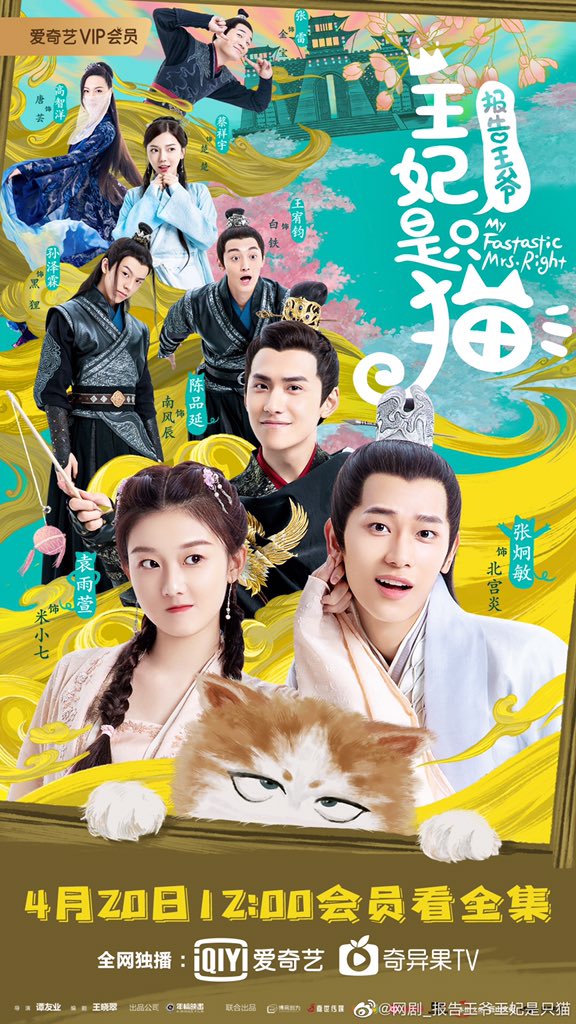 Summary : The story follows a girl named Mi Xiao Qi who lives in the Cloud World. After she accidentally opens a sachet given by the Wine immortal, she travels to Bei Yue Kingdom of Kun Peng Continent and becomes a big fat cat. She encounters the Prince of Bei Yue, Bei Gong Yan and using his blood, manages to regain her human form. However, she receives an edict from the Wine immortal, saying that she has to find her fated one and make him fall in love with her. She must also gather four pieces of the magical jade before being allowed to go back to Cloud World. Thus begin a journey filled with laughter and love.