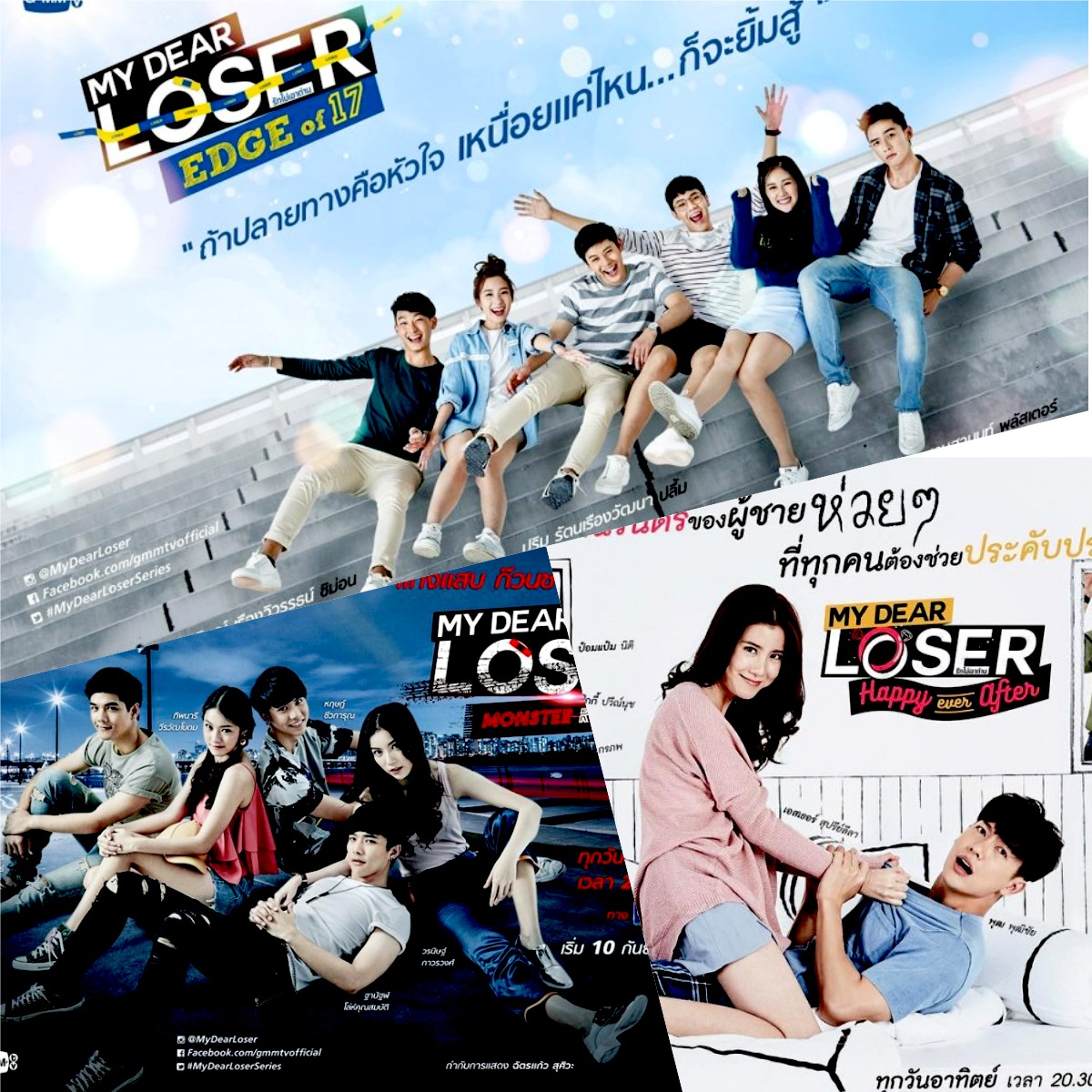 Summary : Oh is a nerd who is considered the school’s biggest loser. He hates the school because he is often bullied and mocked by his peers who call him Mushroom. Oh is primarily bullied by Copper, In, and their gang of bullies. However, even though he hates the school there is one person who motivates him to go to school every day and that is Peach, the school’s prettiest and kindest girl. Sadly, Peach is dating Copper. Meanwhile, Sun is the new kid at school. Due to unlucky circumstances he becomes friends with Oh. With Sun being friends with the school’s loser he is also picked on by Copper and In. But something about Sun makes In feel different. Can the school’s biggest nerd end up dating the popular girl? Can a bully fall for the new kid?

Summary : Pong, the leader of a motorcycle gang, often gets into fights and participates in illegal races, much to his family’s chagrin. One day, he gets into a road accident and meets Namkhing. Falling for her at first sight, Pong pursues her and decides to change in order to become a better man for her. But when family tragedy falls, can their love overcome any obstacles?

PART III: HAPPY EVER AFTER

Summary : In the end of many fairy tales, the prince and princess live happily ever after. But if the end of the story becomes the beginning. So what will happen from now on? A story that proves the love of Tonkla, a loser, who falls in love with Gorya, a university star. With their extreme difference, no one accepted the relationship between the two, even Gorya’s family. But both were indifferent to their fate and went on their own for ten years. As time passed, their love for each other begin to fade away until it came to their breakup. But that day, something happened to their lives. Gorya became pregnant, so Tonkla had to rise up and transform himself in order to fight for their own destiny, face the great wall that he had never faced. Will the final chapter of this love story end with eternal love, or will it fall because of Tonkla?