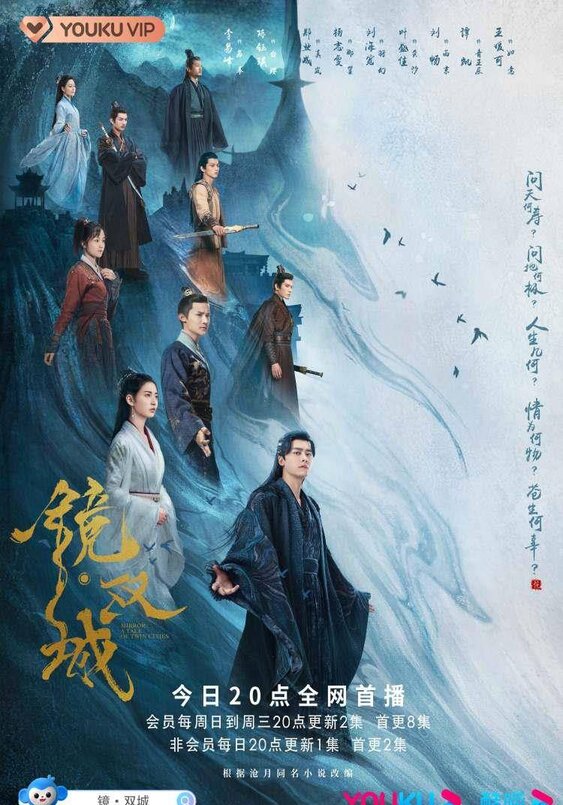 Summary : Legend has it that God created the dreamlike paradise of Yun Huang. But when Na Sheng flees from the chaos plaguing her home in the Central Districts, it is clear that the Shangri-La does not live up to its legend. Nearly a century ago, Quan Xian’s Emperor Su Mo and Kong Sang’s future crown princess, Bai Ying first encountered each other at the Mirror Tower. Su Mo, then a mere slave, had to cure the boredom of Bai Ying, bride to Kong Sang’s Crown Prince Zhen Lan. A mere three years in Su Mo’s company had her falling for him. But fate being cruel, Bai Ying jumped off the high Mirror Tower because the seal of the crown princess was broken and she cannot inherit earthly power of the Bai family. Waking from a century-long slumber to find Kong Sang on the brink of destruction, Bai Ying reassumes her duties as the Crown Princess. Fast forward a hundred years, and an empowered Su Mo returns to a Yun Huang dominated by Cang Liu. He must find Bai Ying to deal with what will soon be a mutual threat. Will the burden of returning his people to Bi Luo Hai only enhance his hatred of Kong Sang? Or can Bai Ying’s enduring love alter his perspective?