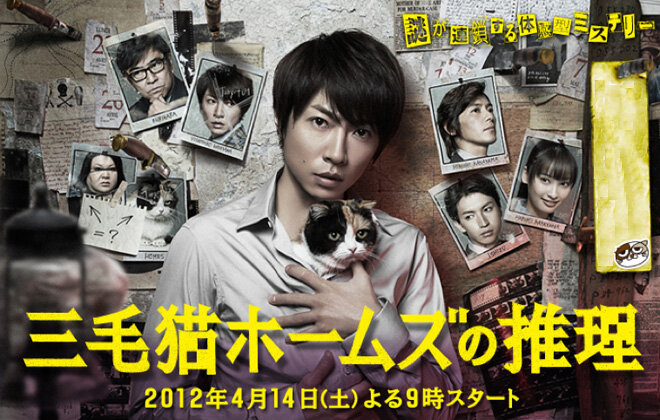 Summary : Based on a popular novel series by Akagawa Jiro. Also known in English as “Calico Cat Holmes”, the series has had dozens of books released, with a total of more than 26 million copies in print. Katayama Yoshitaro is the son of a famous police detective. He followed his father’s dying wish and became a detective as well, but with his inability to look at blood and his fears of heights, ghosts, and women, he failed to succeed in his work. But one day, he meets a Calico cat named Holmes who can understand human speech and has extraordinary powers of deduction. The two form a duo, working together to solve difficult cases.