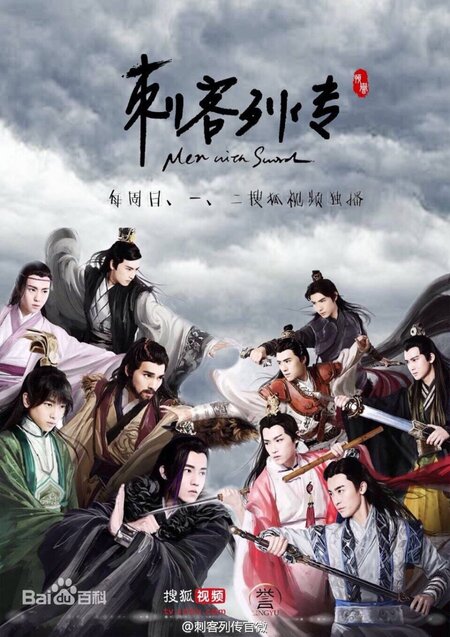 Summary : Thunder crackles, territories split, warlords rise. After more than three centuries, the Empire of Juntian begins to collapse, as three of the four major duchies declare their independence, each reigning over their respective land. Ling Guang, the power-hungry and ambitious King of Tianxuan, sends his close companion, the swordsman Qiu Zhen, to assassinate the Emperor Qi Kun. Although Qiu Zhen succeeds, he is tormented over his actions and kills himself in order to protect his King from malicious rumors. The death of the Emperor prompts the final duke, Jian Bin, to declare his duchy Tianji an independent kingdom as well. In Tianshu, the warrior scholar Zhong Kun Yi becomes a confidant of the young King Meng Zhang, who orders him to begin undermining Tianji. Meanwhile, a mysterious wandering musician named Murong Li arrives in remote Tianquan, where he is doted upon by the naive and childish King Zhi Ming. An uneasy balance settles among the four kingdoms, while at the same time a fifth nation, Nansu, reveals itself when its king Yu Qing requests official recognition from the other kingdoms. The series focuses on the power struggle of these five kings and their closest confidants, as they must choose between loyalty, love, and revenge.