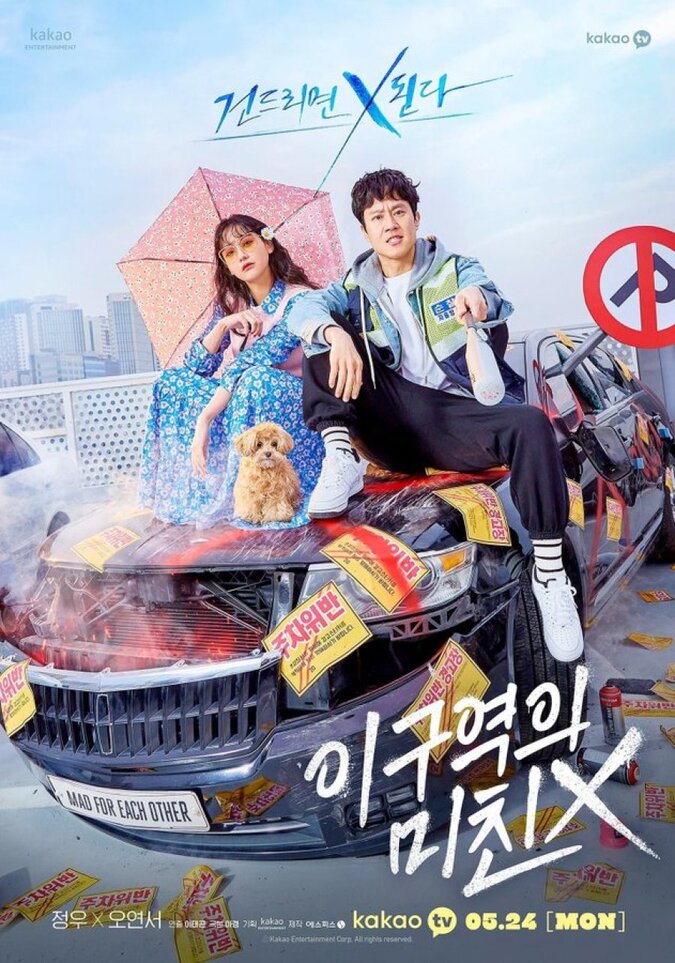 Summary : About two people with their own painful stories who go through a complicated process of hurting and healing while falling in love with each other.

No Hwi Oh is a detective in the violent crimes division of the Gangnam Police Station. He thinks that he is doing well until his life suddenly takes a turn and he becomes a “crazy” person who can’t hold in his anger about anything.

Lee Min Kyung is a woman who is caught up in her own delusions and compulsions. She had lived an ordinary life as a pretty woman with a respectable job until “that incident” that caused everything in her life to break down. As a result, she was unable to trust anyone and is caught in a prison of her own making. Her delusions also have the unfortunate side effect of making everyone else around her angry.