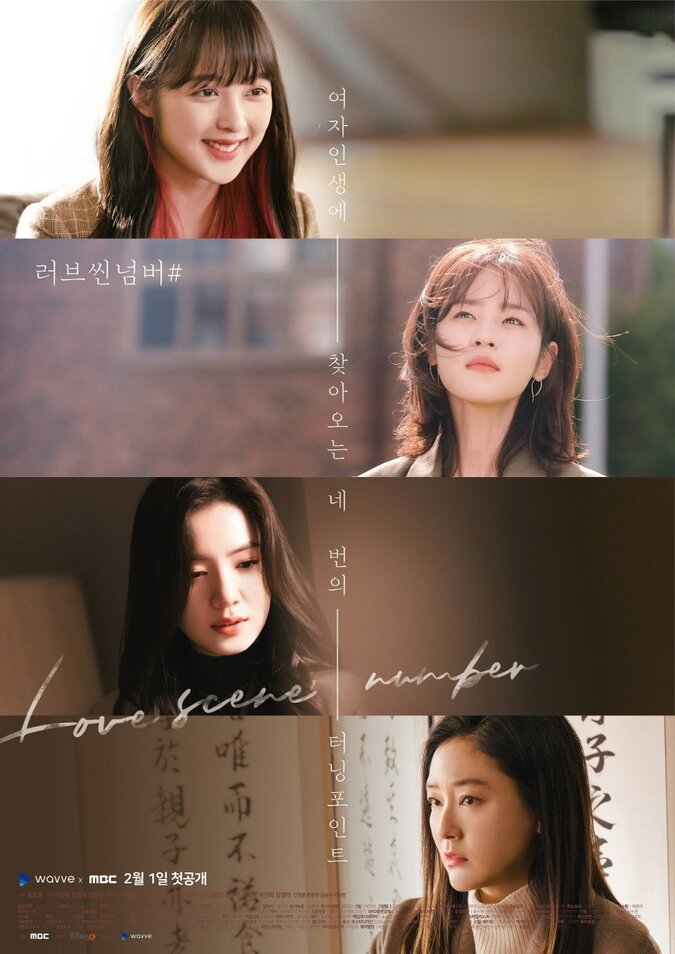 Summary : An eight-episode omnibus drama that centers around four female leads who are at a turning point in their lives when it comes to love, dating, and their values. 23-year-old Doo Ah is a university student majoring in psychology. She is involved in a secret polyamorous relationship with three men. While 28-year-old Ha Ram is an elementary school teacher who runs away from her own wedding after undergoing a sudden change of heart. 35-year-old Ban Ya is an adjunct instructor at a university, and 42-year-old Chung Kyung is a furniture designer who discovers that her husband of 20 years is having a spiritual extramarital affair.