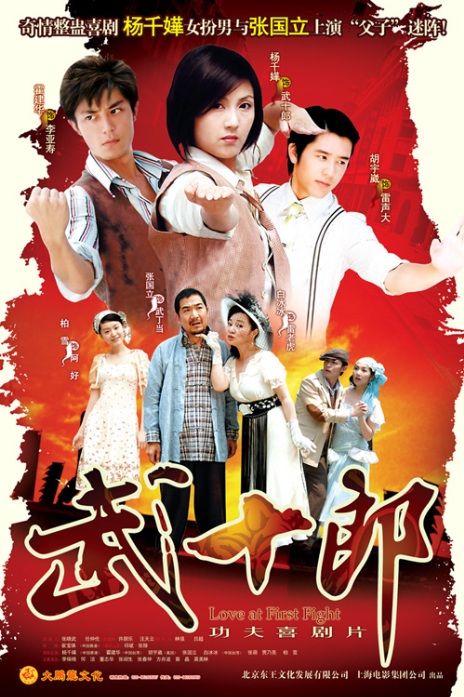 Summary : Fearing that her husband might leave her due to her inability to bring a boy to the family, Mrs. Wu declares her tenth daughter her “tenth” son, who is later named Wu Shi Lang. The goal is for Shi Lang to win as many martial arts competitions as possible, as that’s all her father seems to care about. Conflicts arise when she finds herself falling for her childhood friend, Li Ya Shou, who is determined to marry the rich. To stop him from marry the wealthy Lei Xiao Yu, Shi Lang defeats Ya Shou in a martial arts competition. Xiao Yu is greatly impressed and insists on marrying Shi Lang. Things further complicates, when Xiao Yu’s brother, Lei Sheng Da, encounters the dress-wearing Shi Lang and falls head over heel with her. Shi Lang realizes she is in deep trouble so she skips town after telling everyone she is a woman. Sheng Da follows her to the new town. Although, Shi Lang and Ya Shou are becoming more than friends, Sheng Da’s persistence begins to touch her heart, too.