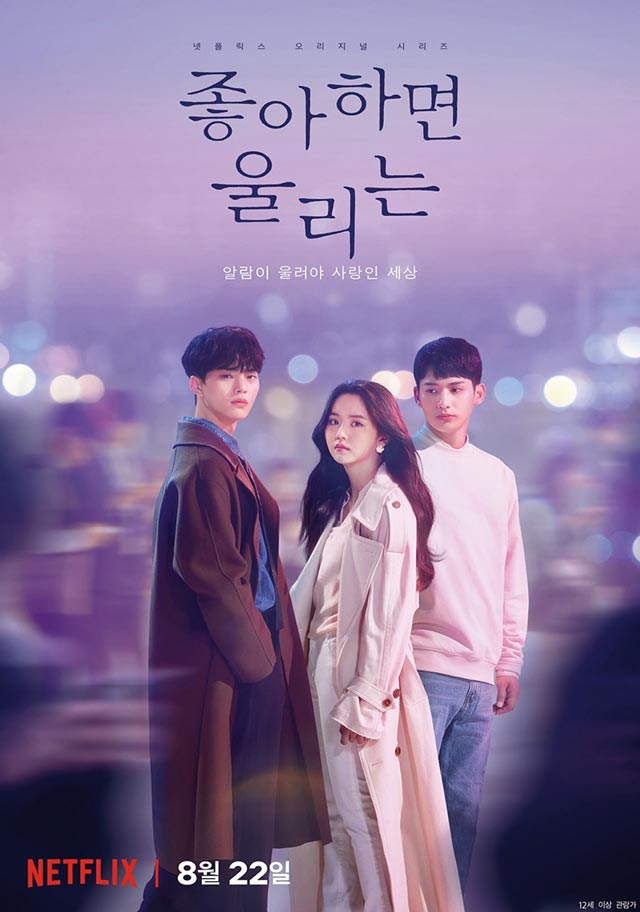 Summary : Cellphone app Joalarm is created. If someone likes you and they are within 10 meters of you, the alarm for the app rings. The app also shows how many people like you, but the app doesn’t reveal specific details on who likes you. Kim Jo Jo is a high school student. She is pretty and smart. She seems like a cheerful person, but her parents died when she was young. Since the death of her parents, Kim Jo Jo has lived with aunt’s family. Living there is not easy for Kim Jo Jo. She doesn’t download the app Joalarm. Meanwhile, Hwang Sun Oh is a popular male student at the same high school where Kim Jo Jo attends. He is the son of a wealthy family, but he is not loved by his parents. His best friend Lee Hee Yeong also attends the same high school. Hwang Sun Oh notices that his best friend Lee Hee Yeong likes Kim Jo Jo. Hwang Sun Oh wants to know if his friend really likes her, so he kisses her.