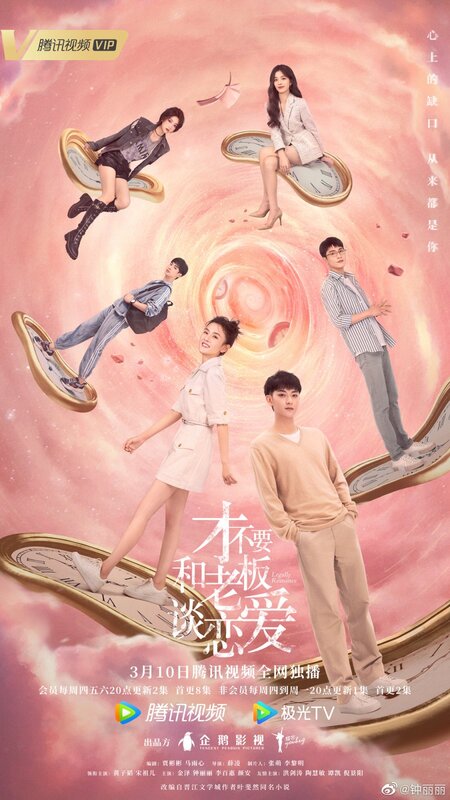 Summary : At twenty-eight years old, Qian Wei should have been well on her way to establishing herself in her career. However, working as a paralegal for Lu Xun has so far proven to be anything but awesome. Harboring a grudge that dates back to their days as students, Lu Xun has made sure Qian Wei’s life is nothing short of a living hell. But when Qian Wei becomes the victim of a tragic accident, everything changes. Now in a coma, Qian Wei finds herself in a dream world in which she has reverted back to her teenage self. It’s here, in the world within a world, that she finds a very different Lu Xun. Meeting him in this dream world, Qian Wei discovers an entirely different side of her persnickety boss. Spending her days drifting between dreams and reality, Qian Wei begins to understand there’s more to Lu Xun than meets the eye. At the same time, he begins to realize that the same holds true for her. In the space between dreams and reality, Qian Wei and Lu Xun begin to realize their feelings for each other have taken a drastic turn. Struggling to make sense of these newfound feelings, can Qian Wei and Lu Xun find a way to accept what has grown between them without sacrificing their professional aspirations?