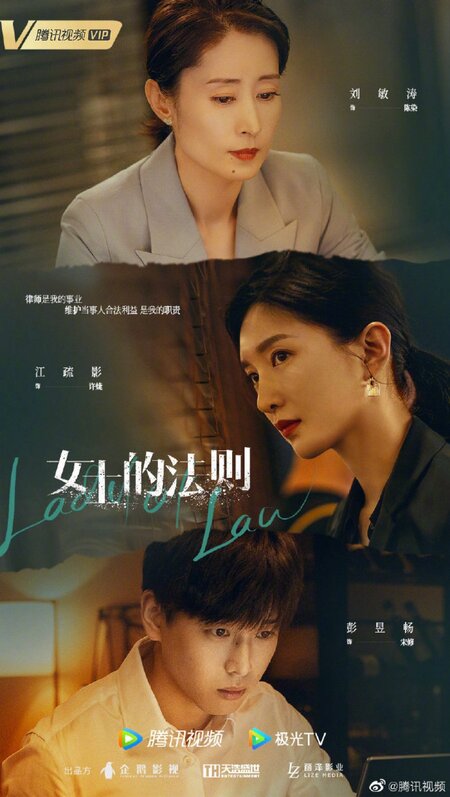 Summary : Xu Jie was recruited to Mingtang Law Firm to take on the bribery case involving Chen Wen Guang. Chen’s daughter Chen Ran has also been secretly investigating the case. The two female lawyers with clashing views eventually come to a mutual understanding as they work together to reveal the truth. At a time when Xu Jie was very frustrated with her current situation due to work and relationship problems, she was invited by Li Gongming , a partner at Mingtang, to join their firm as an intern. Aside from the offer being an opportunity to start over in a new environment, she was also tasked to look into the bribery case of Chen Wen Guang who is another partner at Mingtang. Xu Jie become colleagues with Chen Wen Guang’s daughter Chen Ran after being assigned to the same department. Chen Ran has been secretly investigating her father’s case after he was sent to prison. The two lawyers gradually go from acquaintances to good friends with every case that they tackle successfully deepening their trust and confidence in each other. When Chen Ran finds out the real reason why Xu Jie came to the firm, the friendship she thought was hard to come by suddenly feels like a meticulous scheme. The consecutive incidents at the law firm firmly ties their fate together as they find mutual redemption.