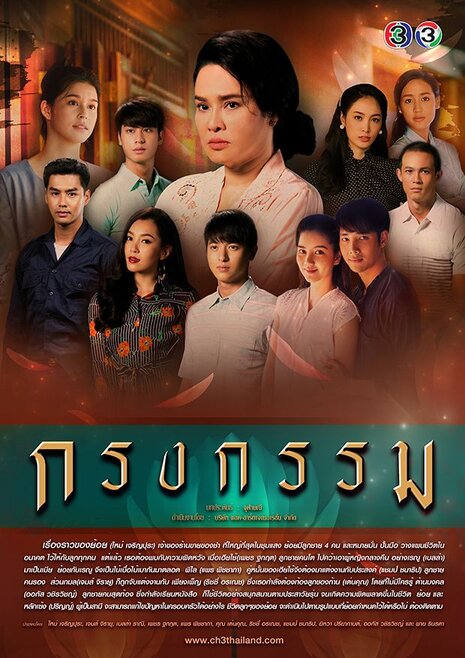 Summary : Yoi is the mother in a Thai-Chinese family, she has four sons. Her eldest Achai comes from the army bringing a pregnant prostitute Reynu as his wife even though he already has a fiancee Philai. Yoi can’t accept this and tries every possible way to to make him leave Reynu but fails, unknown to her that Reynu has performed black magic to tie her son’s heart. She decided to marry her second son Atong to Philai to avoid shame even though he likes a worker named Janta and decides to also give Atong the house and store she was supposed to give to her eldest. Her third son Asa is the kindest. He is handsome, smart and charming. When Yoi finds out he has feelings for Janta she worries he will do like his eldest brother and decides to marry him off into a rich family, unknown to her that the family is tricking him into marrying their already pregnant daughter to avoid shame. The fourth son Asee is still a student. He is spoiled, playful and doesn’t assume responsibility for his actions. He becomes charmed by Reynu’s sister when he meets her and tries desperately to court her.

Note : Each Episode Is ~110 min long that’s why filesize are big.