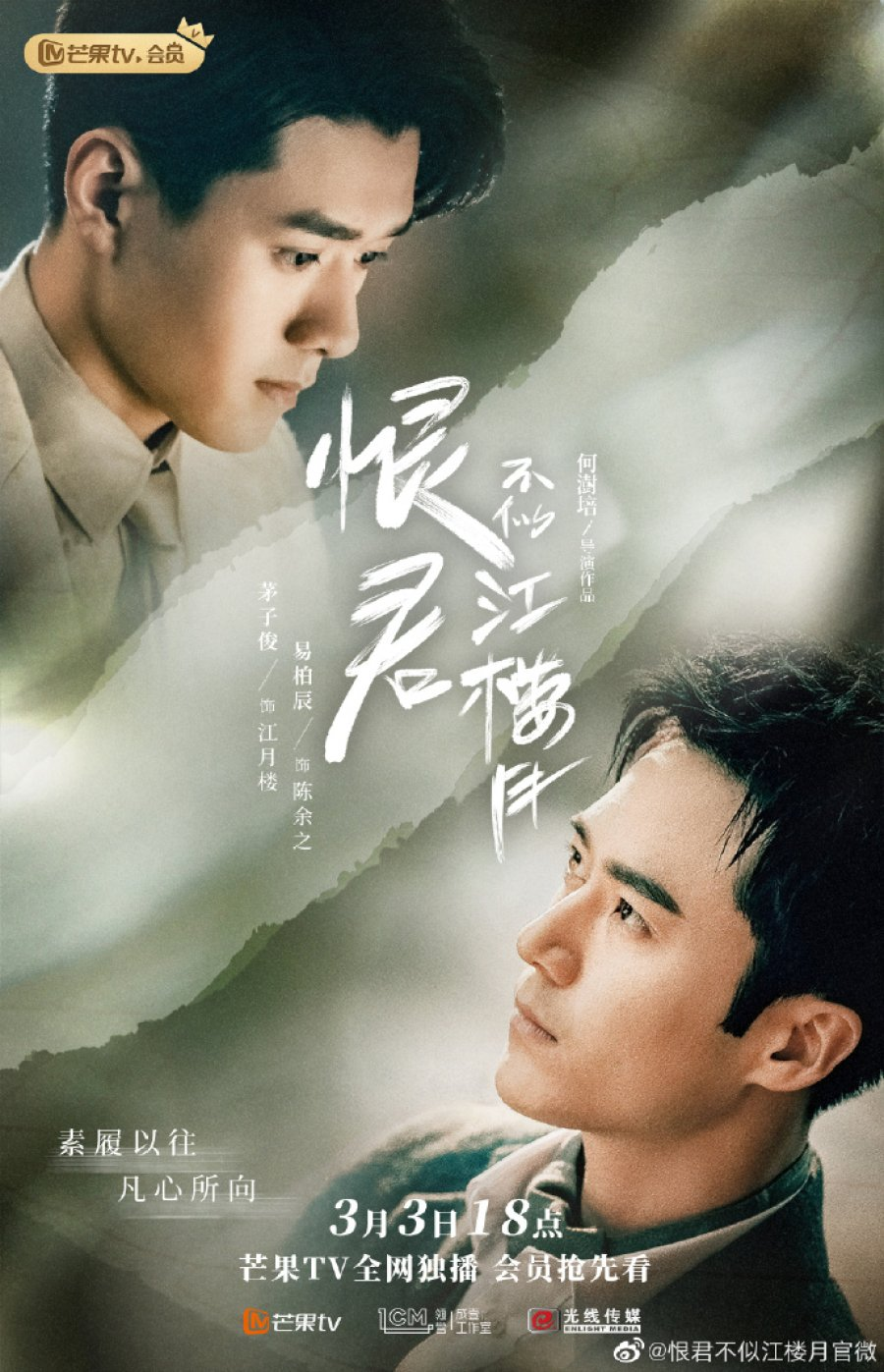 Summary : A story that follows two men who are polar opposites-one kills, while the other heals. One is a violent cop and the other is a compassionate doctor. Together they support and redeem each other during troubled times.
Jiang Yue Lou heads the Jingcheng Police Station and appears neither good nor evil. Yet smugglers tremble at the thought of him.
While investigating an opium case in Hong Kong, Yue Lou encounters Yu Zhi who learns that Yue Lou suffers from bipolar disorder. Although initially reluctant to undergo treatment, Yue Lou eventually opens up to Yu Zhi. Despite their differing values they slowly become close friends. Meanwhile, warlord Zhan Jun Bai, tycoon Zhao Jing Ming and rogue gangster Zhou Huo continue to make trouble, even attempting to murder Yue Lou. At this time, the secrets from the past start to bubble to the surface.