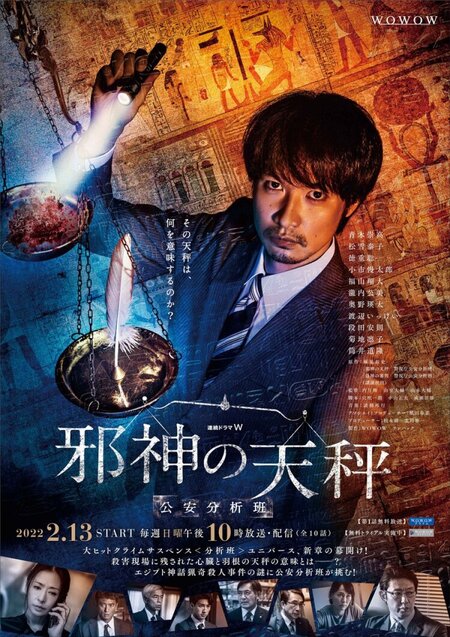 Summary : Takano has been transferred to the Public Security Department, which is considered to be an elite among the Japanese police. A murder of a ruling party tycoon occurred near the scene of a bombing that occurred. An organ was removed from the body, and a balance with a heart and wings was left in the vicinity. Takano, who attended the scene of the bizarre incident, felt uncomfortable with the killing method that imitated ancient Egyptian mythology, and even though he began to tell the story, his colleague Himuro dismissed it.