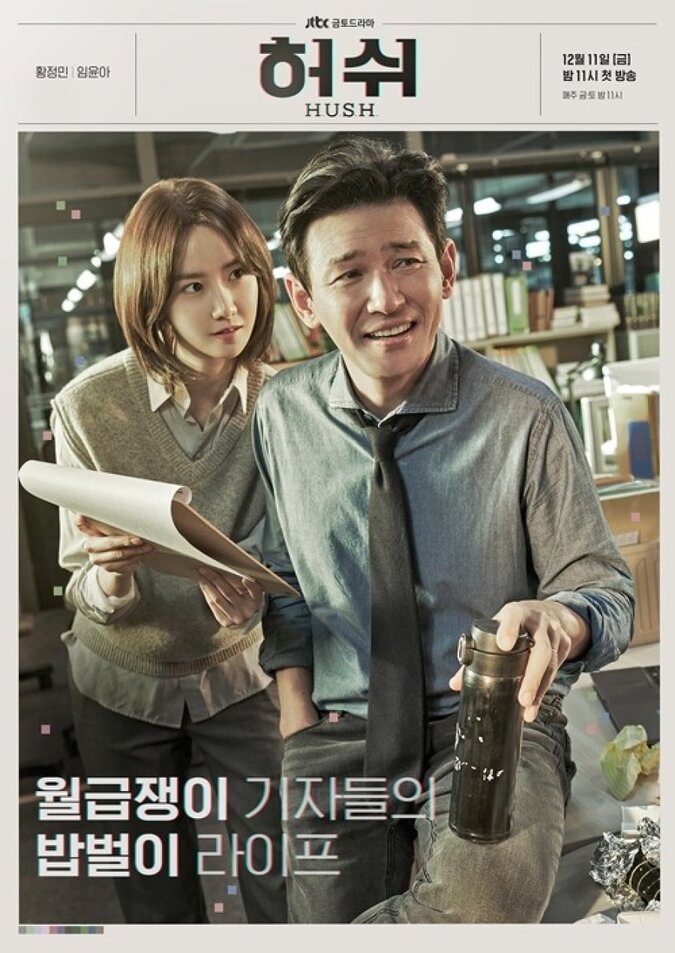 Summary : “Hush” is an office drama about newspaper reporters and their everyday struggles, problems, and ethical dilemmas. Han Jun Hyeok is a veteran reporter for a newspaper. He first became a reporter to pursue justice, but he is now conflicted between idealism and pragmatism. Han Jun Hyeok must also deal with personal issues as a husband and father. Lee Ji Su is a bold intern reporter who isn’t afraid to say what needs to be said, even during a job interview. When she meets Han Jun Hyeok as her mentor, she begins to dream of becoming a true journalist.