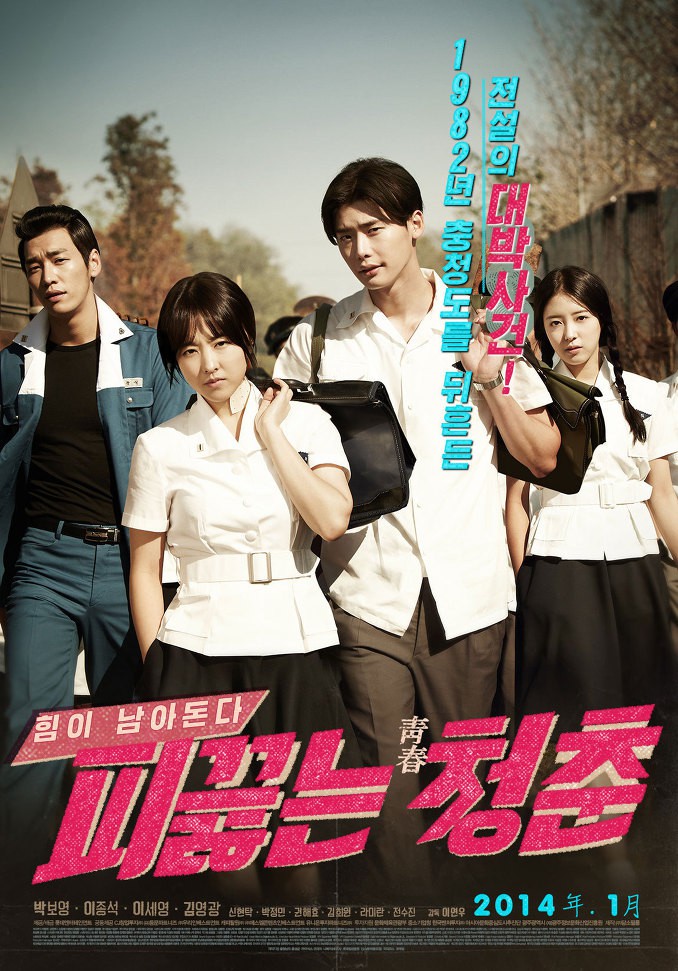 Summary : “Hot Young Bloods” is set within the early 1980’s in Heongseong, South Korea. The movie depicts the rivalries, friendships and secret crushes held by students at a high school in Heongseong. Young-Sook (Park Bo-Young) is the feared leader of a female gang at the high school. Although she is known for her toughness, she has a secret crush on Joong-Gil (Lee Jong-Suk). Meanwhile, Joong-Gil is the school’s playboy. He attempts to woo all the girls at his high school except for Young-Sook. That’s because Gwang-Sik (Kim Young-Kwang), the feared leader of a rival school’s male gang, views Young-Sook as his woman. A new female transfer student (Lee Se-Young) from Seoul arrives at their high school. She’s different from the other girls and beautiful. Joong-Gil falls for her instantly, while Young-Sook attempts to prevent the new girl from encroaching on her secret crush. Trouble also brews for Joong-Gil as Gwang-Sik becomes aware of Young-Sook stepping in between Joong-Gil and the new transfer student.