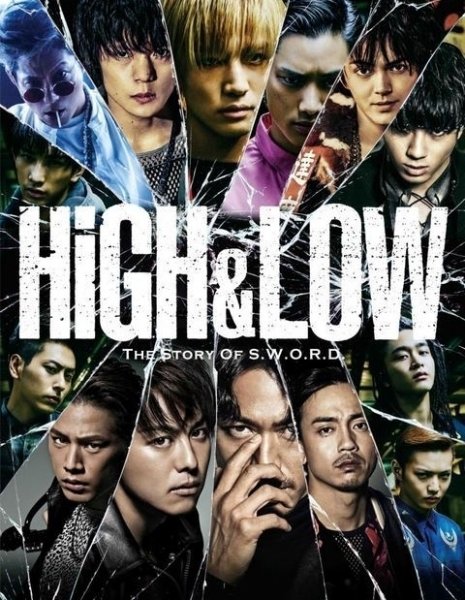 Summary : The legend begins at a certain town that used to be under the rule of a legendary organization called “Mugen”. And fighting against the rule of this town’s overlords were two legendary brothers – the brutal and unbeatable Amamiya Brothers.
And during a deadly battle, somehow the Mugen was suddenly dispersed… In the aftermath of the chaos, five organizations emerged, with the aim to take control of that area. As a result, this area came to be known as SWORD, an acronym attributed to the names of the five organizations, which all came to be referred to as “G-SWORD” accordingly. These 5 organizations include: the second generation of Sanno Shoten brawlers “Sanno Rengokai”, the alluring white demons “White Rascals”, the dark and brutal senior high school “Oya Koukou”, the ghosts on the ruthless street “RUDE BOYS” and a group of vengeful destroyers “Daruma Gurentai.”
These 5 gangs will put their pride on the line as they engage in a fierce battle for dominance! However, the plot thickens… a mysterious group called “MIGHTY WARRIORS” appears. And the question that everyone is asking now is, are they enemies or allies? What fate awaits this town.