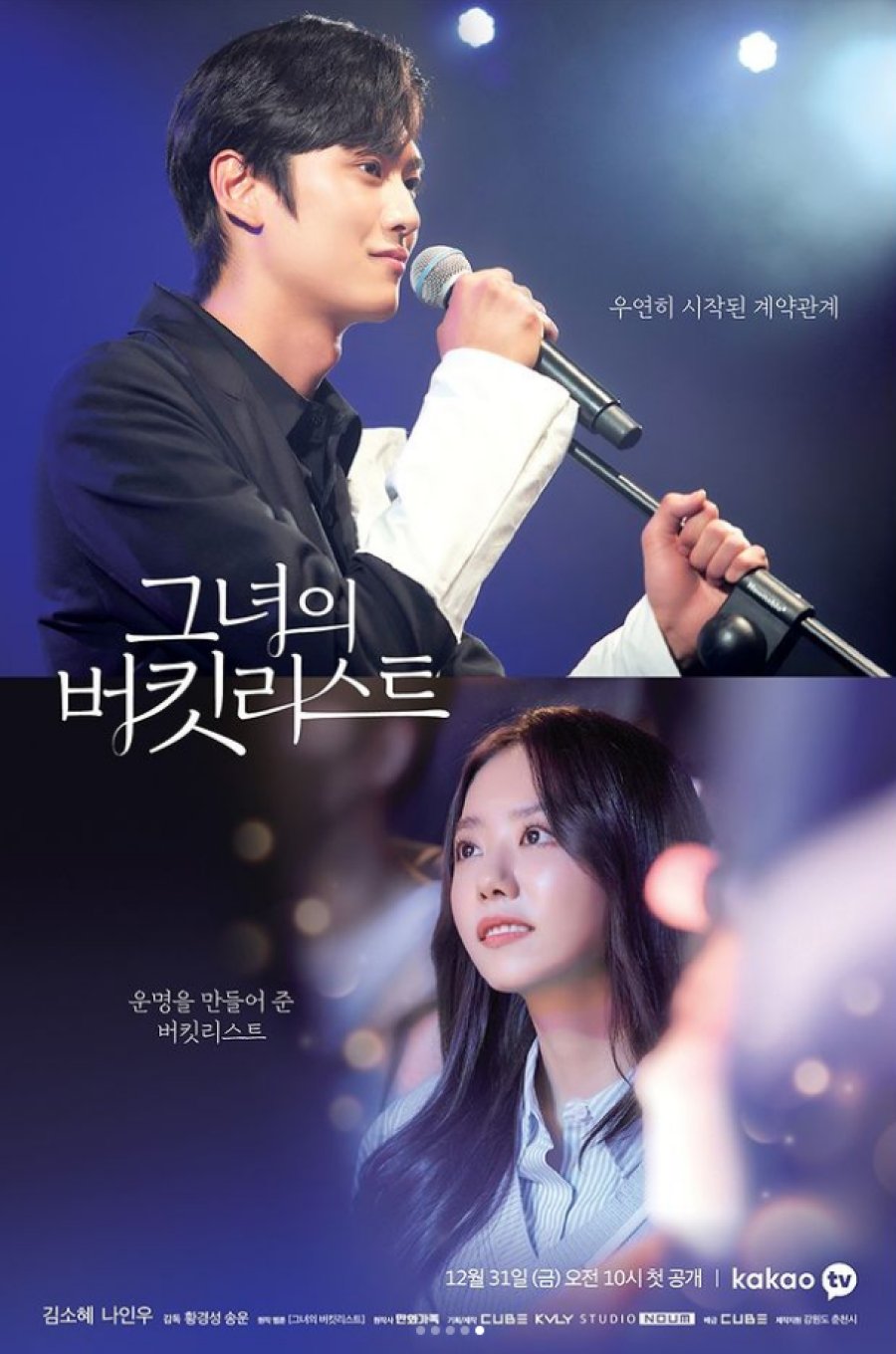 Summary : Very much in love with her boyfriend, Cha Ra Ri is devastated when she learns that he has unexpectedly passed away. Unsure how she can ever find the strength to go on living without him, Ra Ri decides to follow her boyfriend in death. But the discovery of a bucket list, which she had written with him ages ago, inspires her to hold off on death for just a while longer. Determined to fulfill every item of their shared bucket list, Ra Ri sets out to do just that. As she begins checking items off their list, she crosses paths with Kang Hansol, an idol trainee with great potential but terrible stage fright. Brought together by fate, Ra Ri and Hansol begin completing items on her bucket list together, their time together giving them the strength to hold on, just a while longer. Working their way through the list, Ra Ri and Hansol begin to realize there are unexpected feelings growing between them. Drawing ever closer, the pain they’ve both endured slowly begins to fade. Will their newfound feelings give them the strength they need to continue living despite everything?