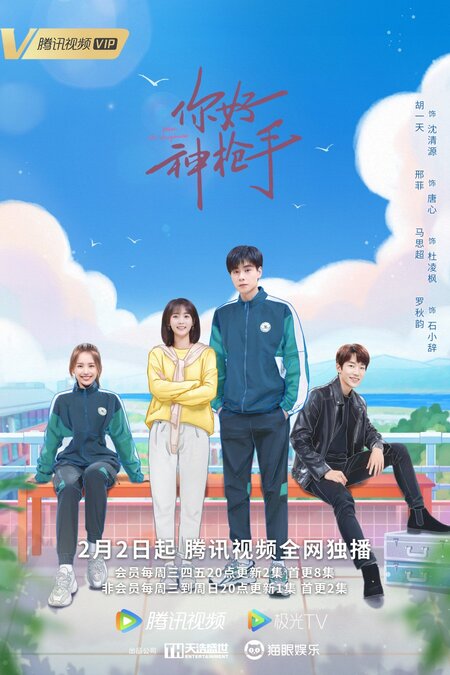 Summary : Many years ago, when they were high schoolers, Tang Xin met the tall and dashing Shen Qing Yuan. She instantly fell for him, although she didn’t tell him at the time. He told her that he wouldn’t forget her, but since then, their paths have gone in different directions: She has become a trainee reporter, while he has become the country’s leading 50-meter pistol shooter, heading China’s bid for Olympic glory. As the pistol shooting team prepares for the Olympics, Tang Xin is assigned to interview him. But when she is suddenly confronted by the man she held a candle for, she is overcome with nerves. He, meanwhile, is dismissive and cold toward her. Tang Xin is assigned to film and interview the team as it prepares for the Olympics, but Shen Qing Yuan finds that he is unsettled by her presence, as it even starts to interfere with his performance. He cannot seem to understand why his aim is affected by Tang Xin. But as they spend more time together, he starts to wonder if he isn’t perhaps falling for her. Will Olympic glory – and maybe romance – come calling?