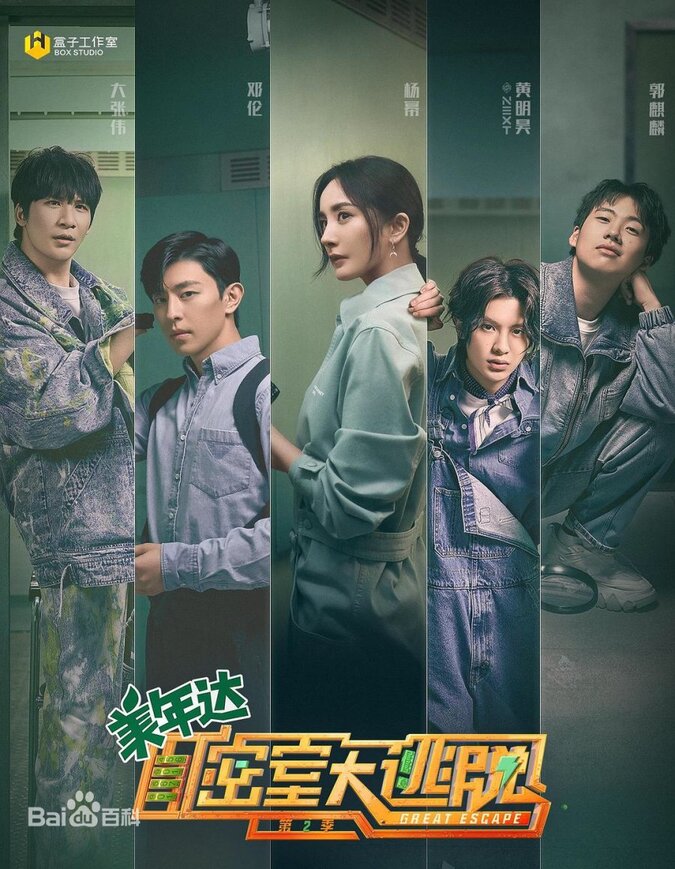 Summary : “Great Escape: Season 2” is a live-scene decryption experience show launched by Mango TV. It consists of Yang Mi, Deng Lun, Huang Minghao, Da Zhangwei, and Guo Qilin as the “Escape Five”. Each episode of the show is composed of 5-6 players who enter the secret room with different themed stories. In an unknown, no-playing, and unlimited time environment, they can solve the mystery and escape in the most realistic state until they finally escape the secret room.