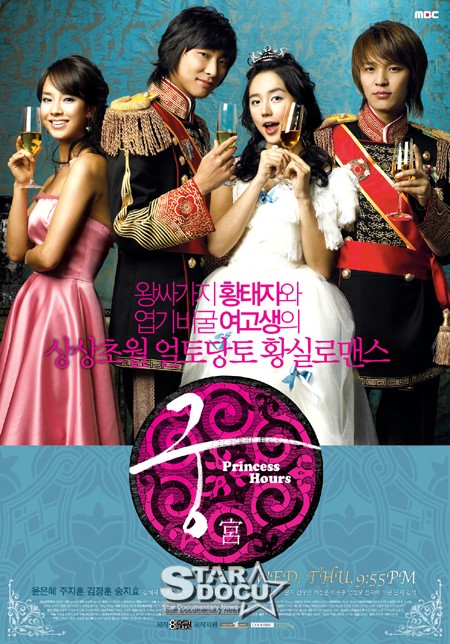 Summary : Goong is a story about young love in face of tradition, politics, and intrigue. In the imaginary world, modern-day Korea is a constitutional monarchy and the Royal Family lives in a grand Palace, the Goong. Story opens with the sudden death of the reigning the King. Faced with the decreasing popularity among the public for the Royalty, a grand wedding for the Crown Prince, Lee Shin, is decided to be the best publicity move to improve the image of the Royalty and at the same time prepare Shin for immediate succession. The intended bride? The headstrong, awkward, and sweet spirited Shin Chae Kyung that just happens to go to the same exclusive art school. Chae Kyung was betrothed to become the next Crown Princess by her grandfather and Shin’s grandfather.