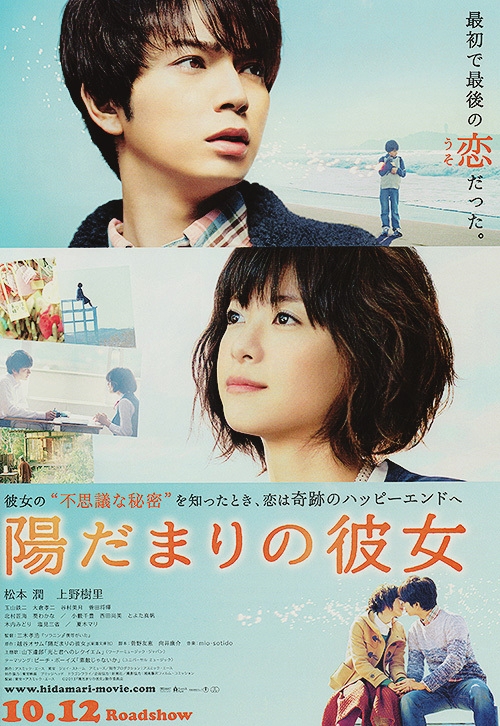 Summary : A new salesman named Kosuke Okuda happens to meet Mao Watarai, a friend from his middle school days. Back then, Mao was called stupid and bullied, but now she is an attractive woman. Kosuke and Mao fall in love and decide to marry, but Mao has a secret. The type of secret that may endanger her relationship with Kosuke right before they get married. ~~~ Based on the novel “Hidamari no Kanojo” by Osamu Koshigaya.