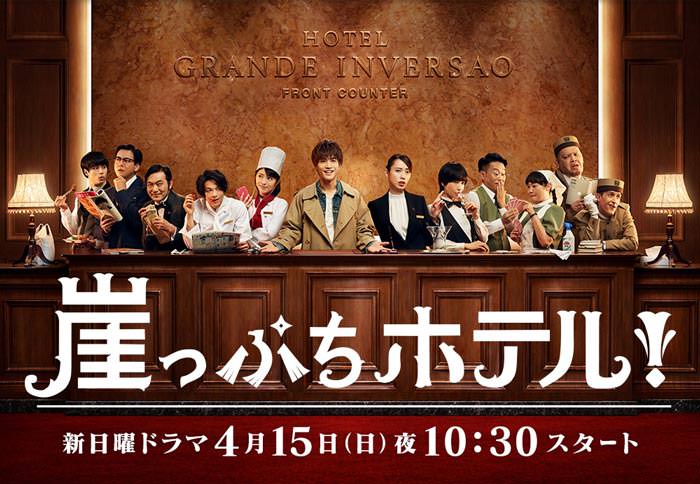 Summary : A once exclusive hotel in the outskirts well-known to only people in the know, is now on the brink of bankruptcy with a debt of 300 million yen, under the management of incapable and unmotivated staff. The diligent, rookie general manager Sakuri Sana is too young, the new patissier Hourai Haru cannot read situations, the sous chef Eguchi Ryuji is obsessed with boat racing, the cleaner Yoshimura Naomi is an amenities thief, the bartender Edakawa Kozue is always drunk and the assistant general manager Tokisada Masao is suspected of embezzlement. Then an unlikely young man Ukai Naoya shows up as a mysterious guest, and the staff who only have an abundance of pride, regard him disagreeably. No one knows just yet that his arrival will overturn everything about this hotel…