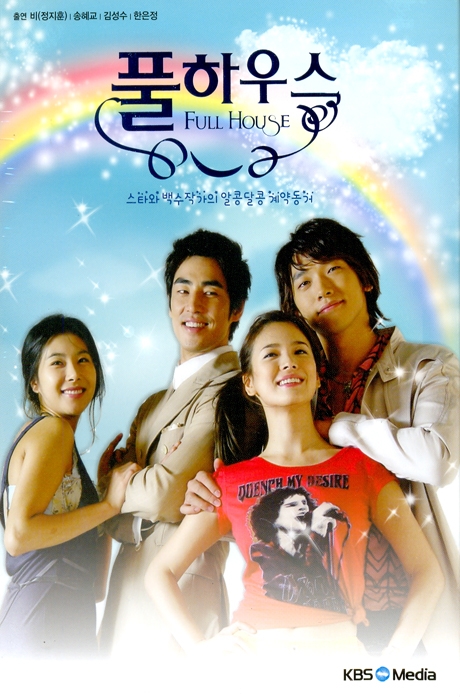 Summary : Han Ji Eun, an aspiring scriptwriter, lives in a house called “Full House” built by her late father. One day, her two best friends trick her into believing she has won a free vacation. While she is away, they sell her house. On the plane, she meets a famous actor named Lee Young Jae. Through comedic events, they get acquainted during her vacation and when she returns, she discovers her house has been sold to him. Though they don’t get along with each other, as she is messy and he has a bad temper and likes cleanliness, they agreed to live with each other. At first, Ji Eun works as his maid in order to buy her house back, but because of Young Jae’s wish to make the love of his life, Kang Hye Won jealous, they get married. They set up a contract for the marriage to last six months. During that time, complications arise and Ji Eun and Young Jae become attracted to each other.