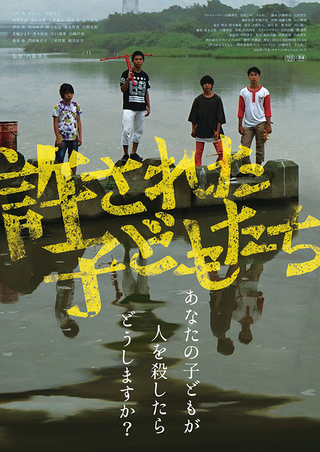 Summary : While fooling around with a self-made crossbow, Kira accidentally kills his classmate Itsuki. For lack of evidence, the young student is found innocent. However, his trial is widely covered by the mass media, and the following uproar from society won’t leave his family untouched. Based on the question “How would I react to my child commiting a crime?”, Eisuke Naito repeatedly switches angles from youth to parenthood, creating a bleak and compelling drama that blurs the borders between perpetrator and victim.