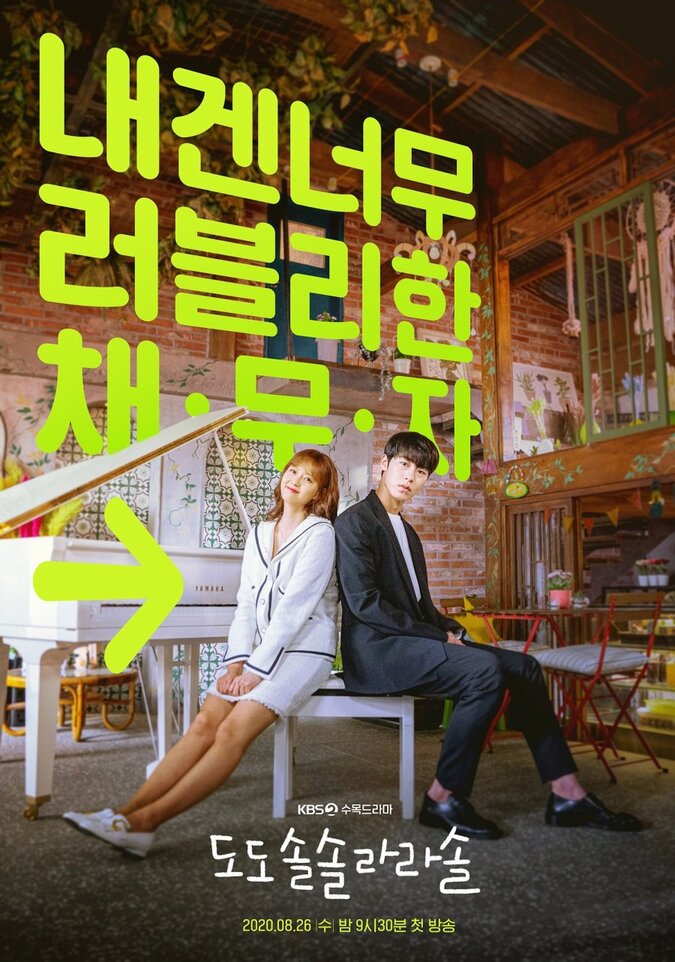 Summary : “Do Do Sol Sol La La Sol” is a romantic comedy about a pianist named Goo Ra Ra who hits rock bottom after her family’s sudden downfall. After she finds her way to La La Land, a piano academy in a small village, she ends up crossing paths and falling in love with the tough and mysterious Sun Woo Joon, who seems to be hiding a lot of secrets. Goo Ra Ra is an immature and mischievous pianist. With her bright laughter and sunny disposition, she’s a simple, confident, and lovable person, having the charm of making anyone laugh no matter how difficult the situation. Goo Ra Ra also enjoys making jokes and acting unpredictably even during serious moments as she has lived a life without fear, being able to gain whatever she wanted with money. Something happened that caused her to become bankrupt. She doesn’t have anything now, and she is frustrated with her situation. Sun Woo Joon doesn’t care what other people think about him, but he has a warm heart. He is free-spirited and doesn’t have a specific dream or goal for his life. He makes ends meet by working part-time jobs. Goo Ra Ra and Sun Woo Joon meet at the small private piano academy LaLa Land in a country village.