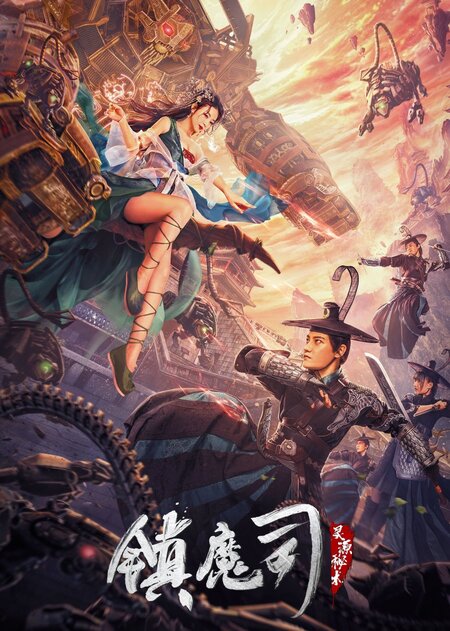 Summary : A hundred years ago, Immortal Master Yu Xu sealed beasts in eight states, and the Southwest scared tree turned into wilted wood (a spiritual source). In the 40th year of the Zhao Dynasty, Gu Niantong, a perished cult, wanted to break the seal of the Immortal Master, to refine the sacred tree and turn it into a tree demon to poison all living beings. Up till now, the late emperor specially ordered Tang Ling Feng, the hidden supervisor of the Demon Division, and others to command the southwest to pacify the evil spirits. Conquering the tree demon requires the giant beast created by Gong Shu, and the way to mobilize the giant beast is the “Spirit Source Secret Technique” recorded in “Luban Wiki”, bringing out the blood and grievances between the Tang and the Shu Families. Decades ago, the Shu slaughtered the entire Tang family in the name of the “Luban”. Tang Ling Feng, who was only eight years old, was brought back to the Zhenmo Division by Zhang Qian, the commander of the Demon Division. Here, Tang Ling Feng met Lu Yin and Lu Tong, and the three of them became as close as brothers and sisters. They passed the difficult examination together and became members of the hidden prison. With the discovery of Tang Ling Feng’s real identity, the relationship between Tang Ling Feng and Lu Yin and Lu Tong’s brothers and sisters changed, and the three of them also quietly fall into the conspiracy of Shu family.