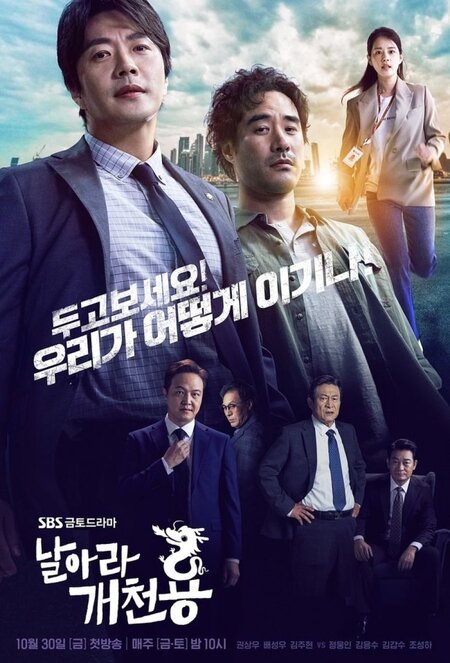 Summary : Park Tae Yong and Park Sam Soo fight for judicial victims who are falsely accused. Park Tae Yong, a public defender, was born as the son of an undertaker on an island. He did not take the typical route to become a lawyer. After graduating from high school, he did not go to a university. He later passed the bar exam and became a lawyer. He is full of justice and has empathy for others. He will defend all kinds of petty offenders. A turning point occurs in his legal career when he becomes the first attorney to win a general criminal retrial case. Park Sam Soo is a reporter. After he graduated from a university, he worked as a non-permanent employee. Thanks to his excellent writing skills, he became a reporter. He looks for stories which are ignored or passed over by other reporters. He is soft-hearted and easily moved to tears. Though his work does not bring him financial stability, his writings are able to deeply move the hearts of readers, some of whom volunteer their own resources and skills to support his journalism. Working with Sam Soo is Lee Yoo Kyung who, despite a silver spoon upbringing, is a brave, justice-seeking rookie whose first scoop is Tae Yong’s victorious retrial case. Seeing Tae Yong’s courtroom performance, Yoo Kyung is, like Sam Soo, struck by his passion, empathy, and drive to bring justice to the victim.