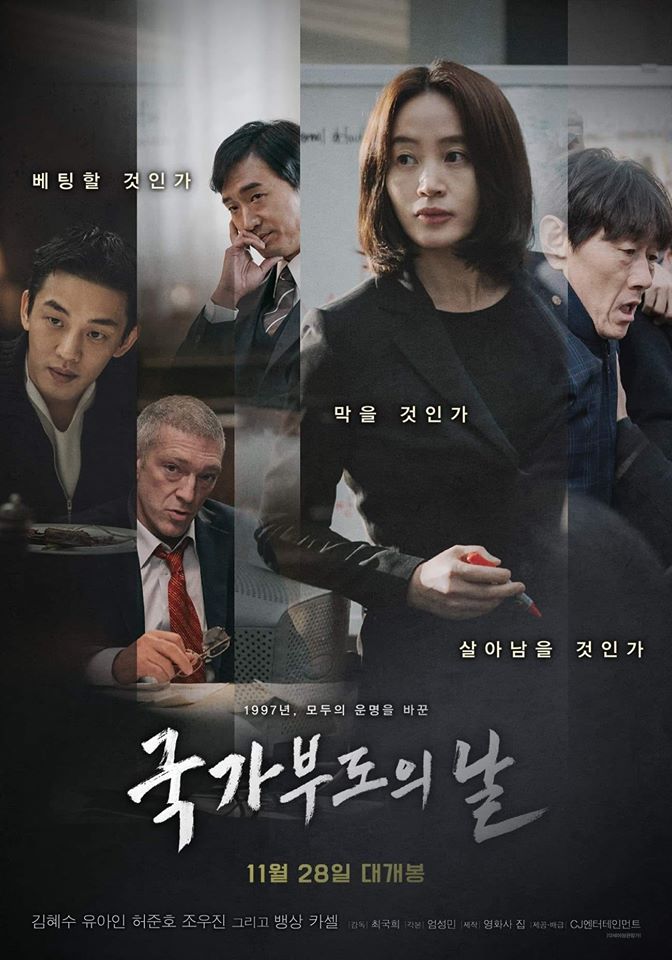 Summary : Shi Hyun, the monetary policy manager at the Bank of Korea, predicts a massive national financial crisis and reports it to the Director. The Director doesn’t schedule an emergency summit until 10 days later but does it without notifying the public of the situation. Shi Hyun urges for the crisis to be announced in order to warn people of the looming disaster, but her plea is ignored. The summit is held behind closed doors.
Jung Hak, a financial consultant, notices Korea is suddenly hemorrhaging foreign funds, and he learns the reason is that international finance firms have ordered an all-out investment withdrawal from the country, which has caused the credit rating to plummet. He hands in his resignation and decides to play the odds on what he’s sure is a coming crisis. He secretly starts gathering investors willing to do the same.
Gap Su, a family man who runs a small tableware factory, has a big break and wins a contract with a department store. The fact that the price settlement terms equal to little more than a promissory note concern him only briefly, and oblivious to the looming financial upheaval, Gap Su signs the contract.
The Managing Director of IMF comes to Korea just one week before the country goes bust, and that is when those who try to prevent the crisis, those who seek to take advantage of it, and those only trying to protect their livelihood are caught in the wake of national bankruptcy.