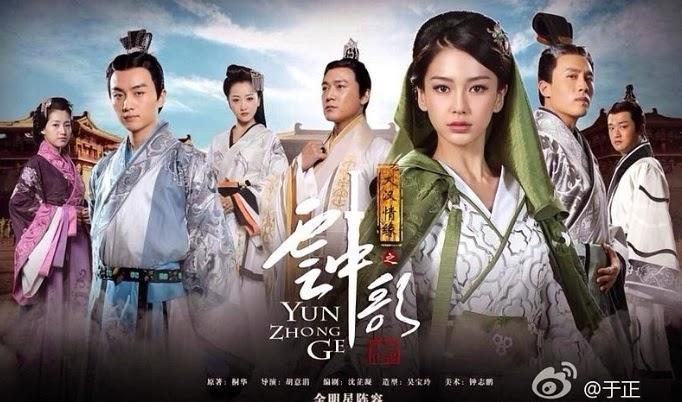 Summary : Yun Zhong Ge as known as Song in the Clouds is a sequel to Ballad of the Desert. During the Western Han Dynasty, an eight-year-old Emperor Zhao of Han meets a girl Huo Yunge (daughter of Huo Qubing and Jin Yu from Ballad of the Desert), who rescued him from the cold of the desert. Ten years later, Huo is now a beautiful young woman, who could not forget the boy she saved. However, she mistook another Liu Bing Yi as Emperor Liu Fu Ling. Yunge helplessly watched him marry Xu Pingjun. The heartbroken Huo later meets a handsome Meng Jue, only later to find herself embroiled in a power struggles within the imperial palace.

Note : I Don’t Know If Subtitle Synce with my encode or not.