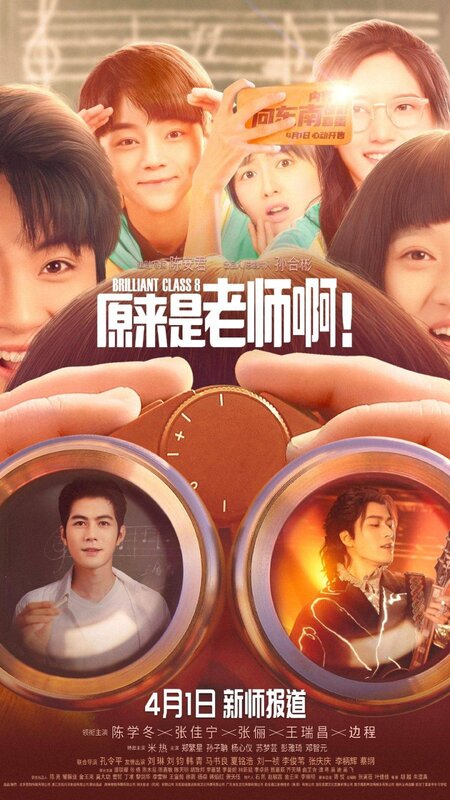 Summary : Xiang Dong Nan was once a hugely popular celebrity, until he reaches a point in his career and gets blindsided by ugly and career-damaging rumors. He gets tricked by his assistant Lin Sheng and the principal of a secondary school into becoming a teacher under the guise of a fake reality show, as a plan to recover his image. When he arrives enthusiastically to class, he meets his colleagues – English teacher Su Qi and mathematics teacher Chen Liu San. Su Qi, who is stubborn and upright, does not see eye to eye with Xiang Dong Nan, who is known for his celebrity demeanor. When Xiang Dong Nan realizes that his comeback project is a lie, he still decides to stay on to fulfill his contract term. Meanwhile, Lin Sheng also has a chance encounter with dean Su Man and they get to know each other but how will their story turn out? The more Xiang Dong Nan teaches and gets to know his students, the more he witnesses their journey of growth.