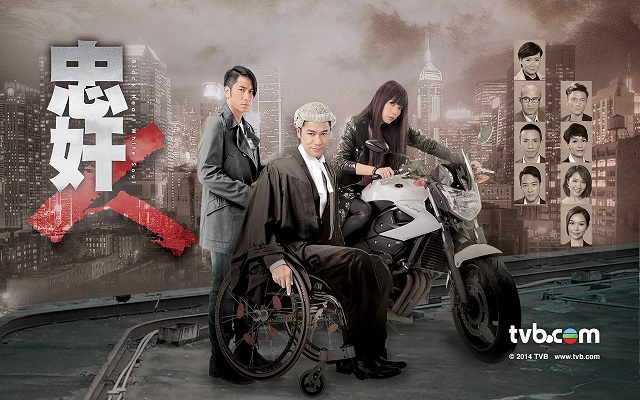 Implicated by her gangster boyfriend, MEI-CHING is charged with attempted robbery and is found guilty. Although CHIT-HANG, as the lawyer representing MEI-CHING, fails to exculpate her from the charge, the two fall in love with each other. Gradually, under CHIT-HANG’s guidance, MEI-CHING manages to turn over a new leaf after getting out of the jail. Through his investigation, LAP-FAN learns that, many years ago, he negligently shot and thereby paralyzed a civilian, who turns out to be CHIT-HANG. Instead of bearing a grudge against LAP-FAN, CHIT-HANG turns into his best friend. CHIT-HANG has been abandoned by his family ever since the accident. In order to make a living, it takes him more effort than the others to eventually stand out and become a rising star in the legal profession. Being recruited by wealthy businessmen, MA KAI-YUEN (Louis Cheung) and TO YEE-HANG (Waise Lee), CHIT-HANG often claims victory in lawsuit cases by surprise tactics, helping set his clients free. However, there is evil hiding behind his decency. The more successful CHIT-HANG becomes, the more suspicious LAP-FAN gets. All of them, including MEI-CHING, seem to be trapped in the slowly tightening grip of encirclement one after another, finding themselves on the horns of a dilemma.