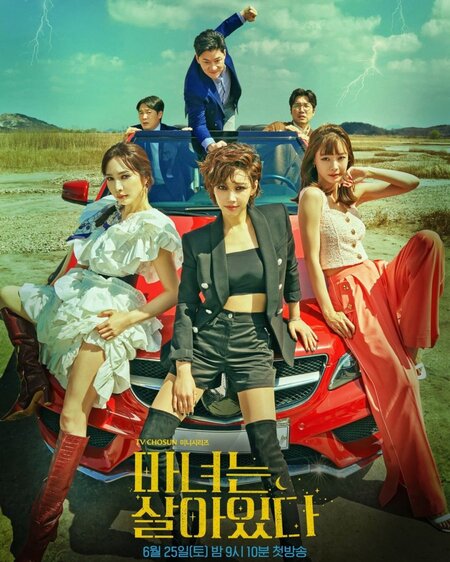 Summary : Three friends from different backgrounds each encounter enemies they’d like to kill. Gong Ma Ri is a housewife who has a satisfying life with her husband and daughter. When she discovers her spouse’s affair, she seeks an alternate method of ending her marriage. Chae Hee Soo is the daughter-in-law in a chaebol family. Her married life isn’t going well. Not only must she tend to her mother-in-law who ails physically and suffers from Alzheimer’s, she must also endure her husband’s cold indifference toward her as she struggles to become pregnant. One day, Hee Soo’s mother-in-law makes her a terrifying yet tempting offer. Yang Jin A’s husband is a bad person. Upon his death, Jin A collects a significant sum from his life insurance policy. With that money, she is able to enjoy a lifestyle she was unaccustomed to in the past. Instead. she keeps a watchful eye over her windfall, anxiously fearing that someone will take it from her.