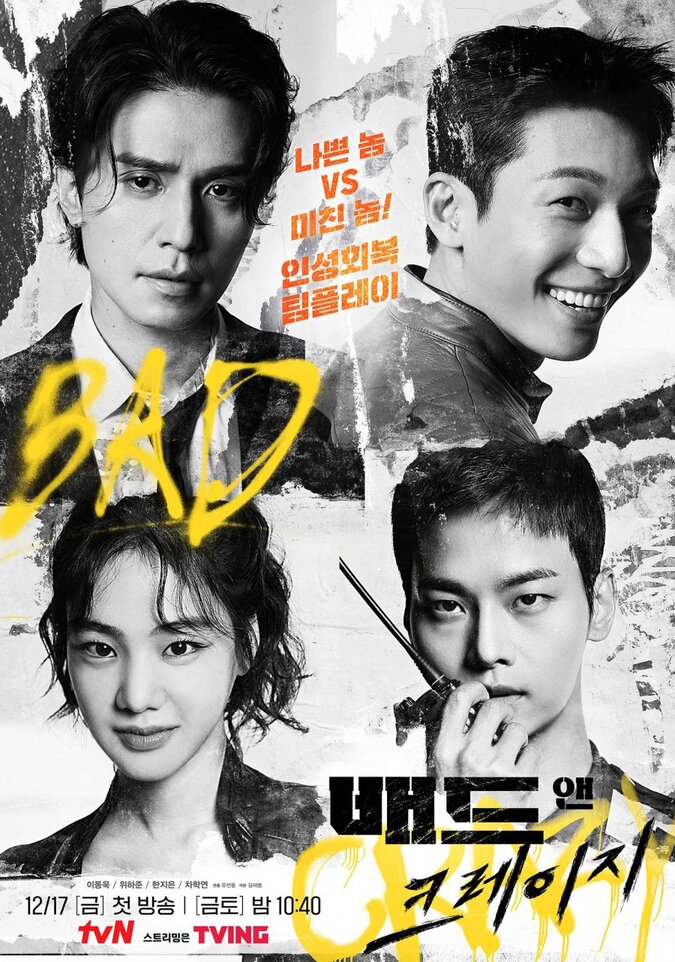 Summary : A heroic drama about a competent yet “bad guy” Soo Yeol who recovers his humanity after meeting K, a righteous but crazy person. Soo Yeol is a competent police officer of the drug squad who only has high school education. Due to his ambitions, he only takes on cases his superiors like and gives them the desired outcome, yet turns a blind eye to some injustice. As the promotion period nears, Soo Yeol with no backing is faced with the crisis of losing his opportunity once again. Congressman Do Yoo Gon gives Soo Yeol hope for promotion again, but his life comes to a complete halt when K who is righteous but crazy, suddenly appears at the critical moment! What will the meeting of ‘bad guy’ Soo Yeol and the crazy guy, K, bring?