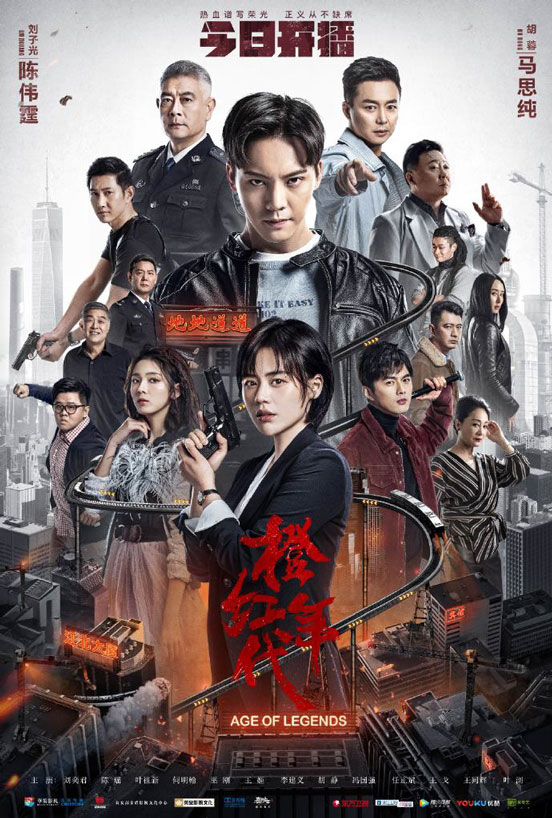 Summary : Liu Zi Guang (William Chan, Only Side by Side with You) has no memories of the past 8 years of his life. When he returns to his hometown, Jiangbei, all he knows is that he wants to live life as an upstanding citizen. But those mysterious eight years are bound to catch up to him as Uncle Guo a father figure to Liu Zi Guang is injured for trying to stand up to an unruly tenant but is injured in the process and sent to the hospital. Trying to protect himself and Uncle Guo he unknowingly caused a more serious injury to the tenant who has connections to the crime organization which leads to chaos.
Hu Rong (Sandra Ma, Love Me If You Dare) is a detective whose looks are as fiery as her personality. She’s young, but her tough demeanor and unquestionable skills make her a seasoned officer. She cares intensely about her work, doing whatever it takes to protect the citizens of China.
Nie Wanfeng (Liu Yi Jun, Lost Love in Times) and Liu Zi Guang were sworn brothers but he changed and he’s now the leader of an international criminal organization. He is a really tricky opponent for the police, with both his smarts and viciousness keeping him a free man.
When Liu Zi Guang and Hu Rong meet, they initially struggle to get along. But their relationship grows as they both come up against Nie Wanfeng together to expose the crimes of his international criminal organization. However, as she finds herself falling for him things start to get complicated as Hu Rong learns more about Liu Zi Guang’s past.